Golf is an Olympic Sport

Yet Another Reason for Immediate Golfing Action 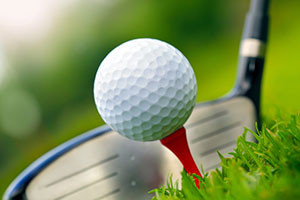 Is your golfing good enough to help you qualify for the Olympics in Rio de Janeiro, Brazil, 2016? You have until July 11, 2016 to reach the top 15 of the Olympic golf ranking list to perhaps join Bubba Watson, Tiger Woods and Phil Mickelson, so an upgrade to full golf club membership is a privilege you may wish to choose now.

The summer Olympics is the premium sporting event held every four years and includes athletes from all over the entire world. Everyone, in every sport, wants to perform at the Olympics, even though it is an amateur event without dollar prizes. Who can forget Andy Murray (UK) and Serena Williams (USA) winning the singles in London, 2012. Venus joined her sister to win the women’s doubles, taking home gold medals to treasure forever, and to provide the watching audience with sport played at the highest possible level.

How to qualify for Brazil

Golf as a sport, is returning as an Olympic event for the first time since 1904. 60 men and 60 women will compete over 72 holes of stroke play for the medal positions. Brazil, as hosts, will be guaranteed one starter for each tournament.

One golfer from each of the five continents (Europe, Americas, as Oceania, Asia, Africa) will qualify for the event, even if they do not appear in the world’s golf ranking list. A maximum of four players can appear from one country which means that if several United States golfers qualify within the top 60 in the world, only the first four will be allocated a position at the Olympic Games.

The Olympics opens up your mind

One key aspect of the Olympics is the ability of the competition to introduce individuals to take up a new sporting activity. It is always amazing which sports suddenly gain the focus of attention, particularly when it is one that you may never even have heard of before. This is an opportunity to take up golf as a sport, to learn golf and to consider purchasing a golf club membership so that you can advance your skills in the sport in the best manner possible.

When you connect with a local golf club, you are joining a number of like-minded people who love the sport and wish to learn how to become better players. A golf club membership also brings a social characteristic to your life. There is often nothing better than talking over your best shots of the day at the 19th hole, in the clubhouse, and forgetting the other 70-80 shots which pale into insignificance.

The Olympics in Brazil will focus attention on golf as many world superstars will join with players you may never have heard of to compete for the gold, silver and bronze medals and a place in the history statistics. You may not qualify personally, but this is a great opportunity to take up the sport, enhance your skills and enjoy the Olympics with fellow members.